The Redemption of Mankind

But God doesn’t want anyone to perish. God wants everyone to repent of their sins so they can live.

Romans 3:23
For all have sinned, and come short of the glory of God;

Romans 6:23
For the wages of sin is death; but the gift of God is eternal life through Jesus Christ our Lord.

2 Peter 3:9
The Lord is not slack concerning his promise, as some men count slackness; but is longsuffering to us-ward, not willing that any should perish, but that all should come to repentance. 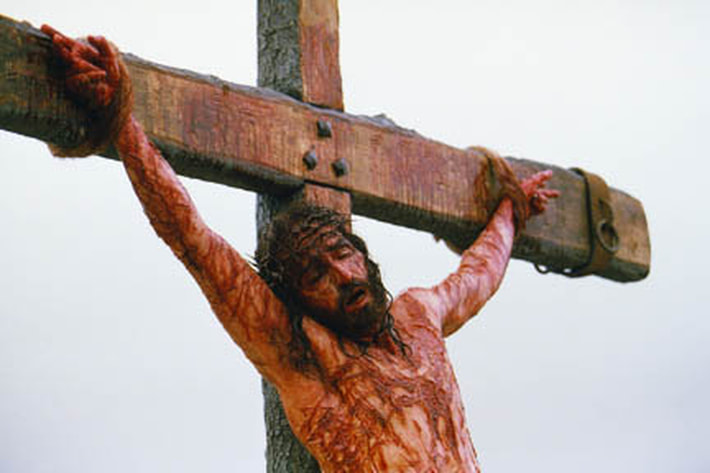 Hebrews 9:22
And almost all things are by the law purged with blood; and without shedding of blood is no remission.

Hebrews 10:4
For it is not possible that the blood of bulls and of goats should take away sins.

Hebrews 10
16This is the covenant that I will make with them after those days, saith the Lord, I will put my laws into their hearts, and in their minds will I write them;
17And their sins and iniquities will I remember no more.
18Now where remission of these is, there is no more offering for sin.
19Having therefore, brethren, boldness to enter into the holiest by the blood of Jesus,

Matthew 26:28
For this is my blood of the new testament, which is shed for many for the remission of sins.

1 John 3:5
And ye know that he was manifested to take away our sins; and in him is no sin.

Romans 11:27
For this is my covenant unto them, when I shall take away their sins.

God loves mankind and wants us to be able to live forever together with Him in paradise as He wanted in the beginning. But our sins separate us from God and eternal life. God made a way for us to gain again that eternal life by taking away our sins. God loved us so much that He offered Himself as a sacrifice and that His own blood would clean us from our sins. But since God is a spirit and a spirit does not have blood, He came to earth in the form of a man, made of flesh and blood, whom we know as the Son of God.

1 Timothy 3:16
And without controversy great is the mystery of godliness: God was manifest in the flesh, justified in the Spirit, seen of angels, preached unto the Gentiles, believed on in the world, received up into glory.

2 Corinthians 4:4
In whom the god of this world hath blinded the minds of them which believe not, lest the light of the glorious gospel of Christ, who is the image of God, should shine unto them.

Colossians 1:15
Who is the image of the invisible God, the firstborn of every creature:

Hebrews 1:3
Who being the brightness of his glory, and the express image of his person, and upholding all things by the word of his power, when he had by himself purged our sins, sat down on the right hand of the Majesty on high:

John 5:37
And the Father himself, which hath sent me, hath borne witness of me. Ye have neither heard his voice at any time, nor seen his shape.

John 14:7
If ye had known me, ye should have known my Father also: and from henceforth ye know him, and have seen him.

John 14:9
Jesus saith unto him, Have I been so long time with you, and yet hast thou not known me, Philip? he that hath seen me hath seen the Father; and how sayest thou then, Show us the Father?

God offered up Himself as a sacrifice for the sins of the whole world so that they that believe in Him and continue in His Word may have eternal life once again.

James 4:10
Humble yourselves in the sight of the Lord, and he shall lift you up.

Hebrews 9:12
Neither by the blood of goats and calves, but by his own blood he entered in once into the holy place, having obtained eternal redemption for us.

Colossians 1:14
In whom we have redemption through his blood, even the forgiveness of sins:

But to have Jesus’ blood applied to our sins, we must follow Jesus commandment of salvation.
​
​After Jesus was crucified, he was buried. But, on the third day, he rose from the dead, as had been prophesied.

Acts 2:31
He seeing this before spake of the resurrection of Christ, that his soul was not left in hell, neither his flesh did see corruption.

1 Corinthians 15:4
And that he was buried, and that he rose again the third day according to the scriptures:

2 Corinthians 5:15
And that he died for all, that they which live should not henceforth live unto themselves, but unto him which died for them, and rose again.

1 Thessalonians 4:14
For if we believe that Jesus died and rose again, even so them also which sleep in Jesus will God bring with him.

1 Peter 1:3
Blessed be the God and Father of our Lord Jesus Christ, which according to his abundant mercy hath begotten us again unto a lively hope by the resurrection of Jesus Christ from the dead,

Revelation 20:6
Blessed and holy is he that hath part in the first resurrection: on such the second death hath no power, but they shall be priests of God and of Christ, and shall reign with him a thousand years. 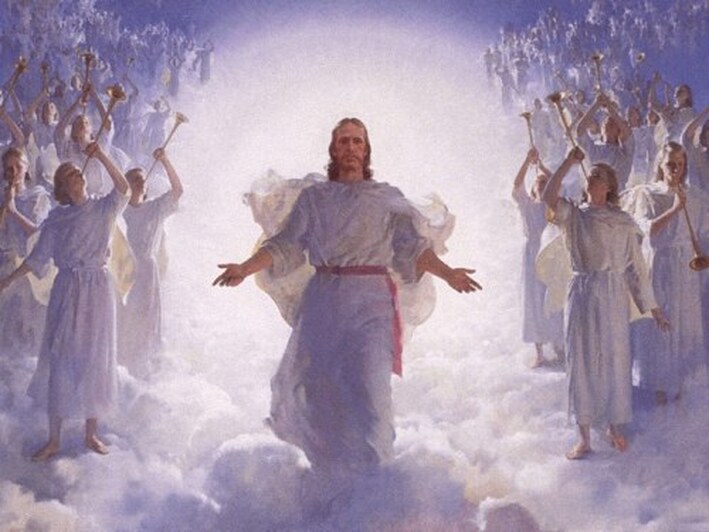 Jesus has since ascended to Heaven and is set down at the right hand of the throne of God.

Hebrews 12:2
Looking unto Jesus the author and finisher of our faith; who for the joy that was set before him endured the cross, despising the shame, and is set down at the right hand of the throne of God.

John 11:25
Jesus said unto her, I am the resurrection, and the life: he that believeth in me, though he were dead, yet shall he live:

Acts 1
1The former treatise have I made, O Theophilus, of all that Jesus began both to do and teach,
2Until the day in which he was taken up, after that he through the Holy Ghost had given commandments unto the apostles whom he had chosen:
3To whom also he shewed himself alive after his passion by many infallible proofs, being seen of them forty days, and speaking of the things pertaining to the kingdom of God:
4And, being assembled together with them, commanded them that they should not depart from Jerusalem, but wait for the promise of the Father, which, saith he, ye have heard of me.
5For John truly baptized with water; but ye shall be baptized with the Holy Ghost not many days hence.
6When they therefore were come together, they asked of him, saying, Lord, wilt thou at this time restore again the kingdom to Israel?
7And he said unto them, It is not for you to know the times or the seasons, which the Father hath put in his own power.
8But ye shall receive power, after that the Holy Ghost is come upon you: and ye shall be witnesses unto me both in Jerusalem, and in all Judaea, and in Samaria, and unto the uttermost part of the earth.
9And when he had spoken these things, while they beheld, he was taken up; and a cloud received him out of their sight.
10And while they looked stedfastly toward heaven as he went up, behold, two men stood by them in white apparel;
11Which also said, Ye men of Galilee, why stand ye gazing up into heaven? this same Jesus, which is taken up from you into heaven, shall so come in like manner as ye have seen him go into heaven.
​ 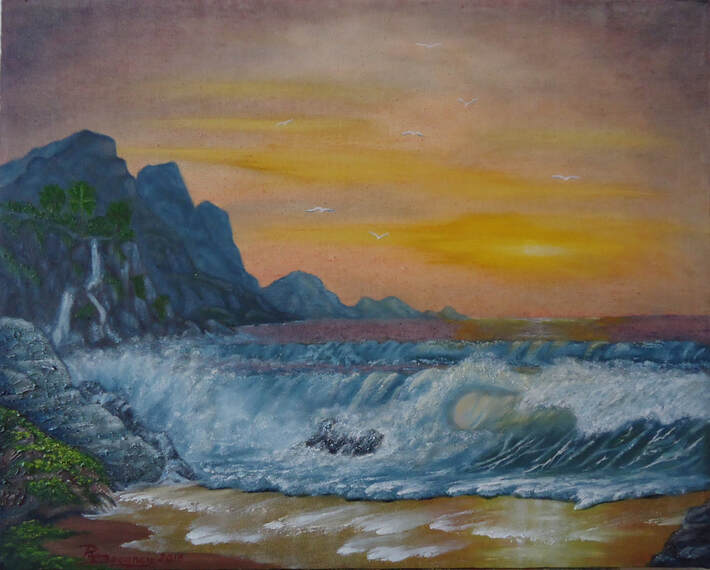